Mary Ward lived in an age of religious intolerance, when all deviation was savagely persecuted by whichever faith tradition was in the ascendant.

In 1609 Mary dared to found an order of religious women modelled on the Society of Jesus and governed by its own Superior General, with a freedom from religious enclosure and a readiness for apostolic works, which would put them at the direct service of the Church.

She set up communities and schools in many cities on the European continent, and her members were sent under cover on the English Mission to support the priests. But this adventurous step into the unfamiliar and unknown aroused fierce opposition from within the Catholic Church, and in 1631 Mary Ward’s Institute was suppressed by Pope Urban VIII, and she herself was imprisoned for a time by the Inquisition.

Yorkshire holds the memories of Mary Ward’s life and death.  She was born at Mulwith, near Ripon, of staunchly Catholic stock, and her two maternal uncles John and Christopher Wright were Gunpowder Plotters.

Mary herself possessed all the qualities of a true Yorkshire woman: courage, tenacity, deep faith, cheerfulness and a forthright common sense.  Much of her childhood was spent with relatives, where her spirituality matured in these devout Catholic households.

The distances she travelled between the family homes, often during a bitter Yorkshire winter, prepared her for the many journeys she made through Europe by land and sea, including several crossings of the Alps on foot and in winter. With a few companions she walked the 1500 miles from Flanders to Rome to present her plans for her Institute personally to the Pope, and she appeared several times before the Cardinals to plead her cause.

In 1639, some years after the Suppression, she returned to her native Yorkshire, and lived with a few of the original companions at Heworth, then a village outside York.  She died on January 30th 1645, and was buried in the churchyard at Osbaldwick where her tombstone can still be seen. Through the loyalty of her companions her Institute grew again, but it did not receive the definitive approval of the Church until 1877, or the acknowledgement of Mary Ward as Foundress until 1909. The two branches of the Mary Ward foundation are now known as the Congregation of Jesus and the Institute of the Blessed Virgin Mary.

The Mary Ward Association provides an opportunity for lay people to come together to explore the spirituality of Mary Ward and apply it to their lives today.

A local group of the Association meets in St Bede’s at irregular intervals, usually on a Sunday afternoon. For information about the group, please contact Pamela Ellis at ellispm@btinternet.com. 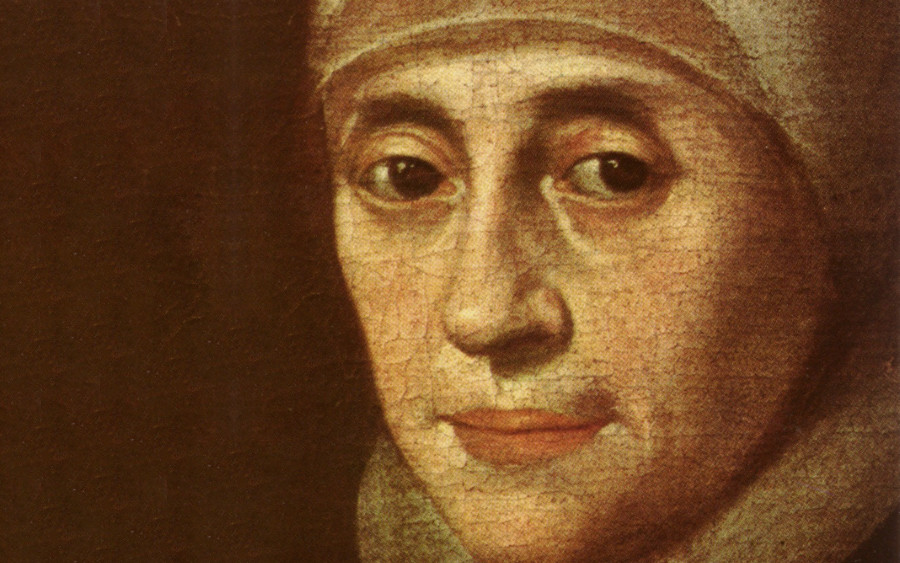 There is no such difference between men and women that women may not do great things, as we have seen by the example of many saints who have done great things. And I hope in God that it will be seen that women in time to come will do much.